Walking around Dublin on a calm winter’s morning.

I was walking around Dublin this morning and got some pretty good shots of the Liffey looking like a pane of glass.

I also noticed a lot of Graffiti\street art that I don’t remember seeing before:

Bondi Beach Club, a bit off to the left of the above picture. 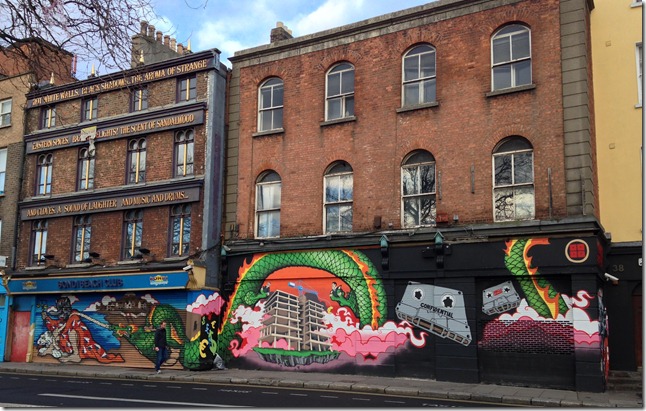 And some interesting stuff near Grand Canal Dock: 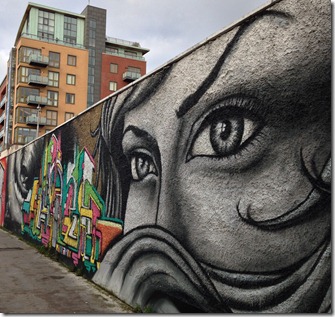 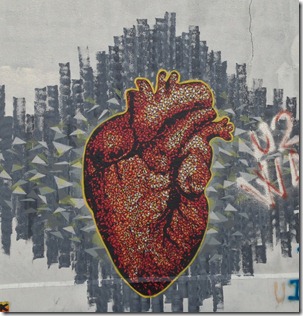 Grand Canal Dock itself is looking very nice these days.

And then I came across this very nice piece near O’Connell Bridge. I’ve passed this quite a few times without noticing it. 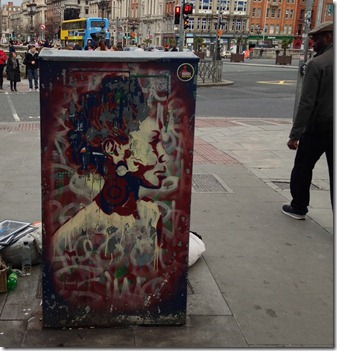 And finally two slightly weird ones. On the left is the gable end of “The British and Irish Shipping Company” building near Sir John Rogerson’s Quay. And no, the building does not have a rose window, that’s either graffiti or something left over from a film set. It’s definitely a drawing\poster, not real and very odd.

On the right is a really weird piece of something mechanical embedded in the pavement in front of part of the Irish School of Art ( I think). It looks like a cross section of some form of cylinder head from an engine but the markings on the right list off metres and feet. Very cool looking though. It’s about 40cm or so in diameter if you want to get an idea of scale. 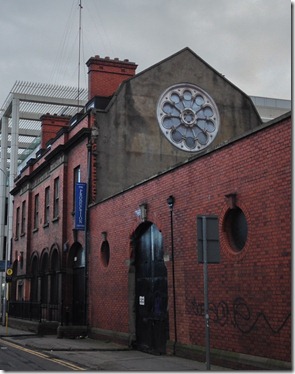 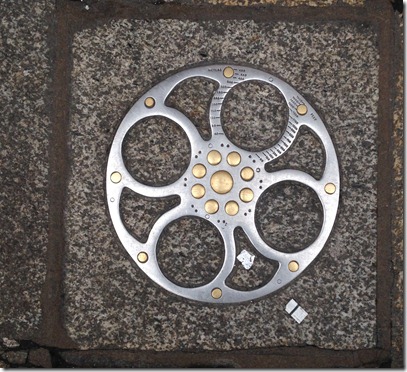