I was down in Cork for the weekend and took a short walk around to see if there was anything new on the Graffiti scene.

The old Camden Palace has had a refresh of some of the art work since I was last here. ADW’s Wonka Tan and a few others have been replaced with some new stuff, and Nol’s corner piece has grown substantially since I hast saw this. Foundry’s unmasking/balaclava piece is pretty special.

Around the front there are some stand alone pieces from Psychonautes.

Around the corner Foundry has updated The face of Tomorrow with another similar piece, unfortunately the door that The Face of Tomorrow on was in the wrong place and I couldn’t get it to move so there’s a lot of this new piece missing in this shot unfortunately. 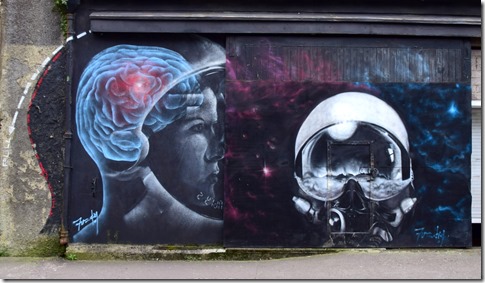 The empty lot where the GPH/Sir Henry’s used to be now has a hoarding with this Hendrix quote about Rory Gallagher as the only indication that there might be some musical heritage about this spot. 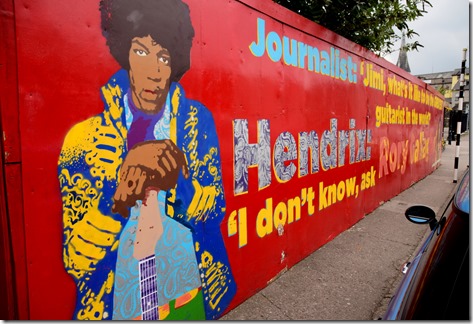 I also finally got to see Fin DAC’s piece on the wall of the Kino on Washington Street. Very impressive, huge and bloody hard to photograph because of all the cars that park along that section. That’s why the perspective is a bit mad in these. Cool T-Shirt there, wonder whatever came of that support act. 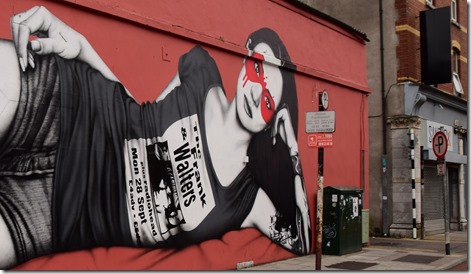 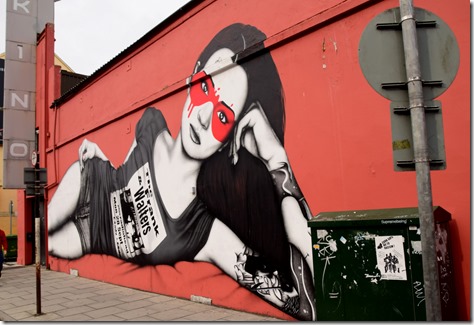 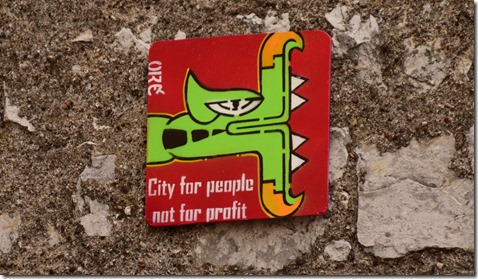 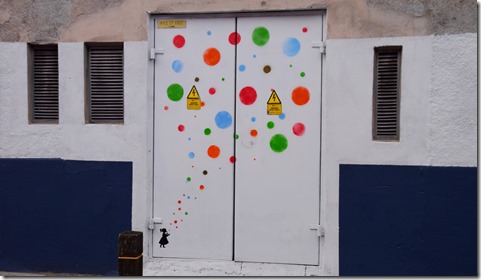 And  a couple of pieces by Eoin around the back of the Crane Lane. 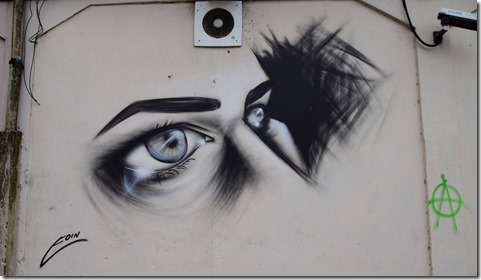 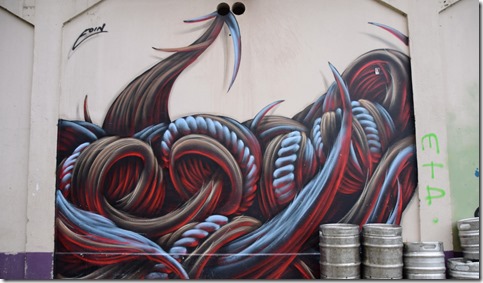 Posted by Joe Mansfield at 19:06 No comments: