I can’t believe I’m still protesting about this shit.

It’s that time of the year again, late September, so we get to march yet again to demand that our state addresses the huge issues of inequality and hypocrisy that are enshrined in our constitution because of the 8th amendment. And I’ll continue to be here, marching until we finally get that abomination out of our constitution. Oh and also shouting at politicians. Since there seems to be almost no difference between their economic policies these days ( Austerity for All!!, vote against it and get it anyway!!) I’m turning into a single issue voter – either commit to repealing the 8th, and working for it, or get lost.

The 2015 Abortion Rights Campaign March for Choice kicked off from the Garden of Remembrance at about 2:30PM on Saturday. By the time we all got moving it pretty much stretched the length of O’Connell Street. 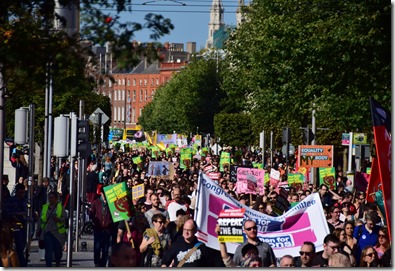 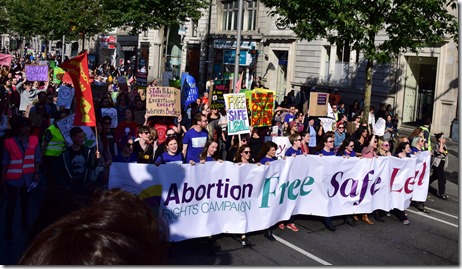 The atmosphere was very good with great speakers at the start and end, and fantastic weather for it. It seemed to me that there were more people than last year at the start but the numbers did dwindle before we reached Merrion Square for some reason.

The odd route might partially explain it, it felt long and lots of people were confused. After O'Connell Street we turned left down the North Quays past the Custom House, crossing over the Matt Talbot bridge before connecting up with Westland Row via Lombard Street and then looping around the eastern edge of Merrion Square. The Luas Cross City work probably had a lot to do with that but nobody seemed to know so it felt odd. There were also some traffic delays around Butt Bridge for some reason, and a car burning across the Liffey to add a bit of drama. By the time the speeches started at Merrion Square I did a quick count and reckoned there were non more that about 2500 people still there but as I said I suspect we lost a lot of the crowd along the way. The speakers were great, Tara Flynn as the MC had me in tears and I certainly wasn’t alone in that. It’s just appalling that we have to keep coming back to this.

There was no trouble, or counter protests that I could see, apart from the one crazy Christian shouting from the top of his soap box on Talbot Street. But he comes down from the North every Saturday to do a bit of yelling at everyone so he doesn’t really count. The poor chap is a bit of an obsessive. 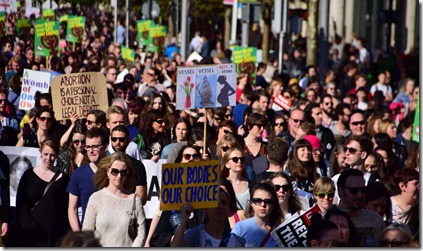 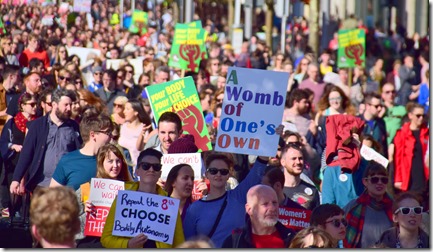 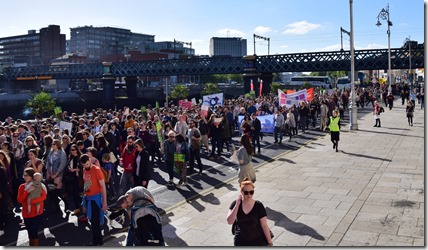 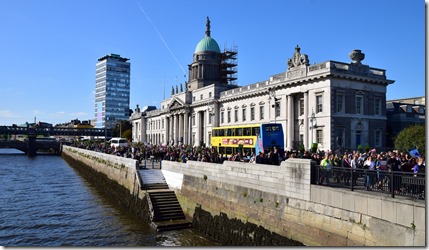 And the placards were superb. 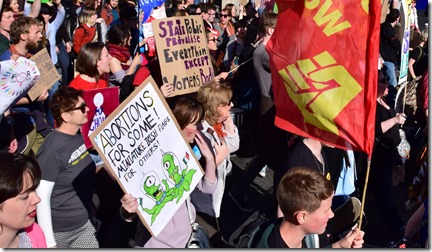 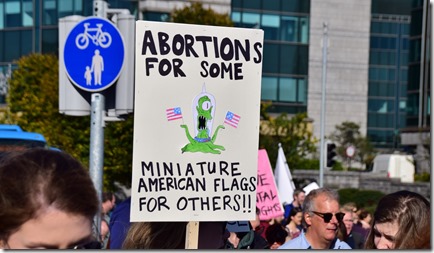 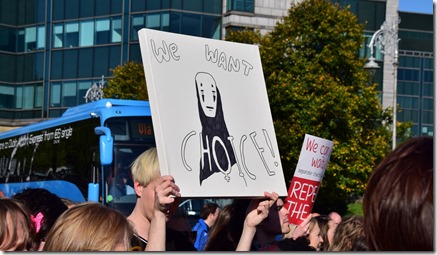 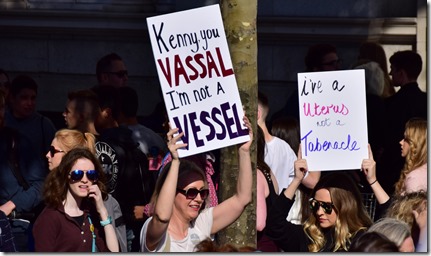 The best picture of the day for me was this one taken in front of the Conservative Catholic Cook Club’s Crazy Clown Car HQ ( No 23 Merrion Square to its friends). 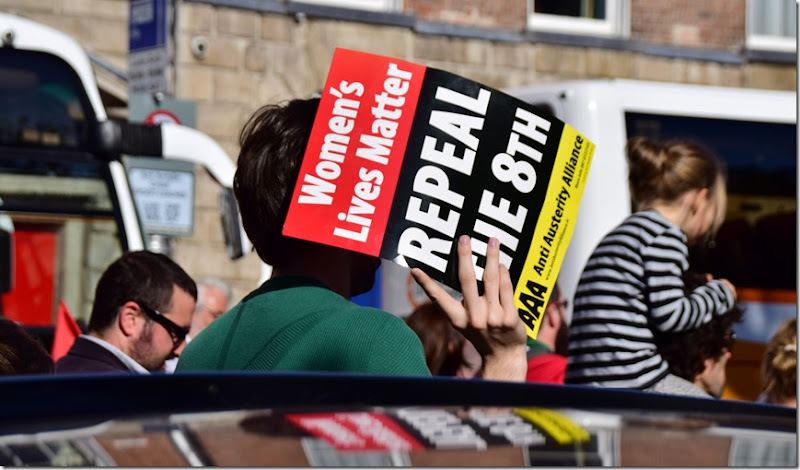 And this guy was pretty cool. 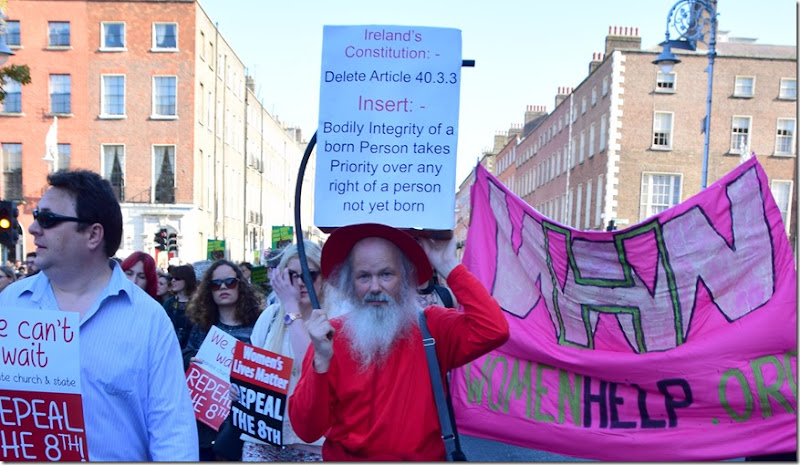 And there were lots of organizations and banners.

Posted by Joe Mansfield at 20:48 No comments: