Had a great time at Shamrokon, met Mick B. and most of the clan, sat in on a few good panel discussions and generally got to hang out with like minded nerds. My main aim had just been to sit on a few panel discussions where Charlie Stross was taking part but I ran into him, his wife Feorag and Fluff Cthulhu on the way in and grabbed a quick snap. He’s right by the way, all cats are psychopaths. 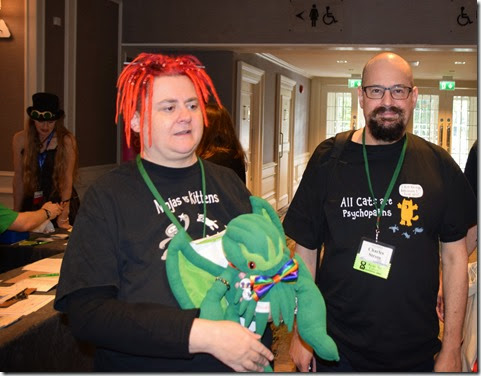 As it turns out he was joined on the Wearable Tech panel by @chebegeek and @ickle_tayto , and they all entertained us all with an interesting and informative discussion. Basically Wearable tech? Great geek toys but real mainstream breakthroughs will have to be washable, findable and (hopefully) controllable while hopefully avoiding any massive privacy screw ups. The socially aggravating problem that has hit Google Glass got a thorough going over, with the consensus being that it’s a core problem that isn’t going to go away. 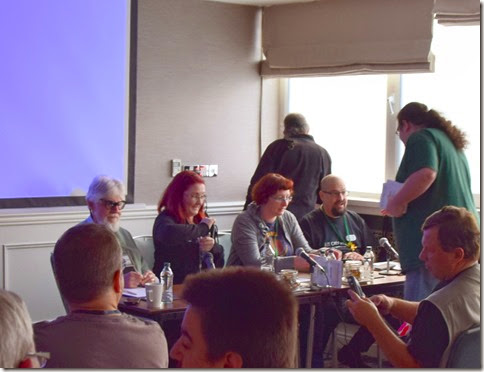 And we had a nice selection of Star Wars characters wandering around from The Emerald Garrison. Boba Fett was particularly good I thought. 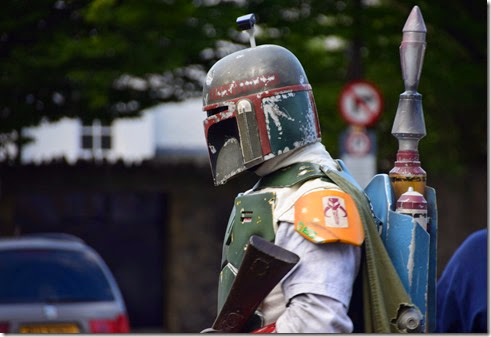 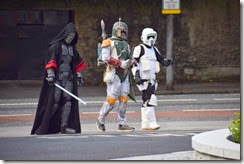 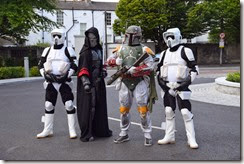 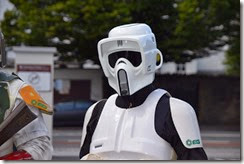 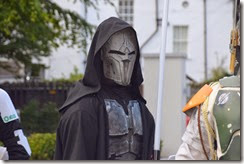 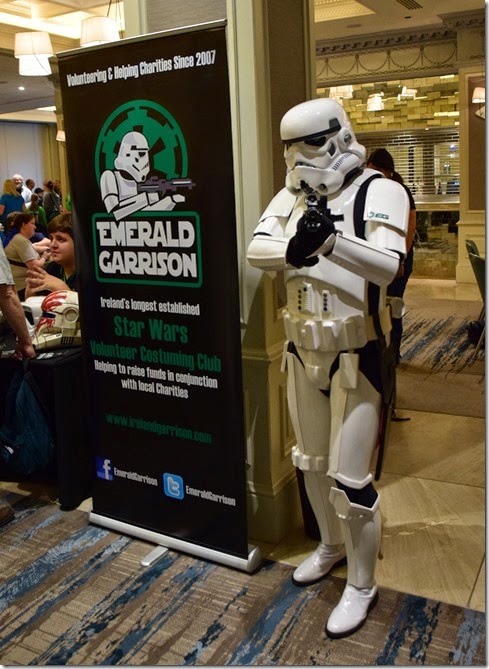 And we had a bit of Dr Who.. I never noticed the “John of Gods” sticker before, and thought it odd when I saw it today. Then I watched the first episode of the 13th Doctor this evening and whaddaya know, it’s a feature. Clearly I’m not a good enough Dr. Who fan. 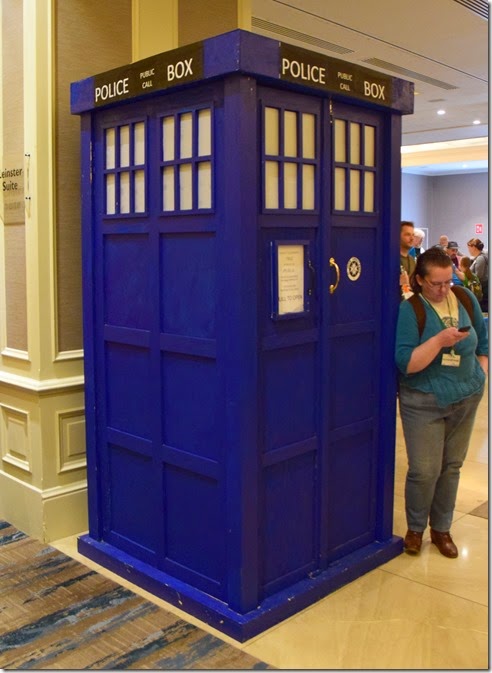